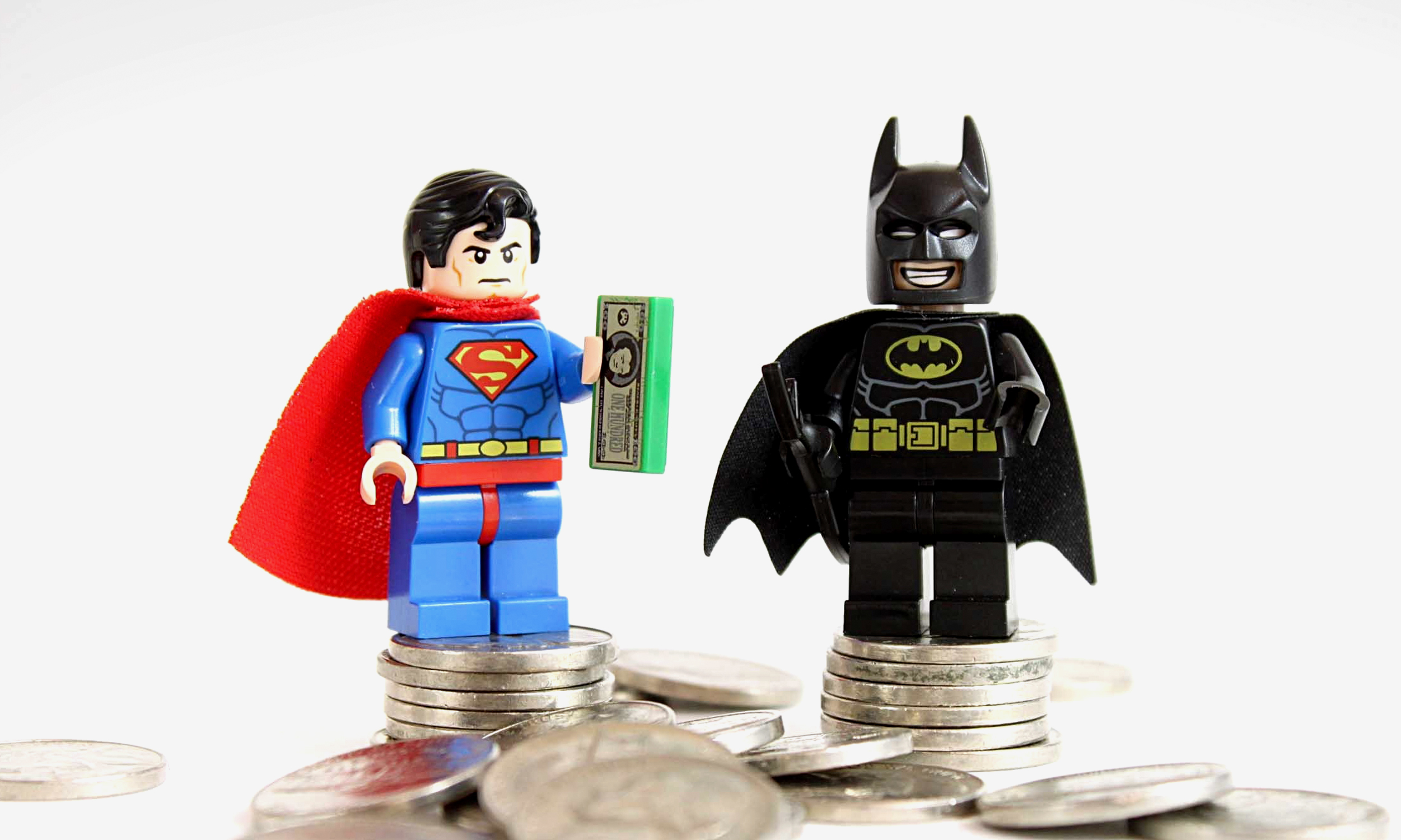 There are second acts in businesses’ lives—but not without creativity and effort. And sometimes, a little luck helps too.

Consider how four companies once regarded as doomed managed – quite literally – to escape their fates. Each business needed the courage to think differently, and by doing so, all four avoided getting crushed by new forms of competition. Even better: They accomplished it without engaging in the standard recipe of layoffs and outsourcing.

The only way that Best Buy could find itself more squarely in Amazon’s cross-hairs would be if the brick-and-mortar stores also sold books. The ecommerce giant long ago locked onto Best Buy’s core business of selling TVs, computers, phones, tablets, stereos, and electronics accessories.

And while Best Buy’s stores let anybody eyeball the hardware in person, that was also true of other now-shuttered electronics retailers such as CompUSA, Circuit City, and H.H. Gregg.

For a while, it looked like Best Buy would join its peers. By the end of 2012, Best Buy’s stock had sunk to a low of $11.29 a share. Things only got worse in the succeeding years, as declining sales led Best Buy to give up on the European market, pull back in Canada, and close a separate line of smartphone stores.

But halfway through the decade, things started to turn around. Sales stopped shriveling and began growing—by 4.8% domestically in the chain’s 2019 fiscal year. Its stock rebounded, hitting $90 a share in mid February.

What made the difference? Best Buy pivoted to focus on one thing Amazon could not do: personalized advice and service.

Beyond its already successful Geek Squad tech-help service (“the number of devices they repair, both in store and at their depots, is staggering,” said iFixitco-founder Kyle Wiens), Best Buy now offers a $199.99 annual Total Tech Support program that offers unlimited gadget guidance in person as well as online and via phone. It also provides a free in-home consultation for people anxious about such complicated purchases as smart-home hardware.

In the bargain, Best Buy’s own ecommerce site (which accounts for 15.4% of its overall U.S. revenue) is a model of simplicity compared to Amazon. It’s much easier to search for devices by feature, and the selection is much simpler as well. Amazon’s continued difficulty in keeping out counterfeit hardwaresuggests that Best Buy can do better by giving the customer less of a choice. That is not an old idea in retail, but it’s an easy one to forget when the Web offers infinite shelf space.

Nine years ago, T-Mobile was the last-ranked service in a consolidating market. And it was about to disappear: AT&T had announced its intention to buy its struggling rival.

Government regulators quashed that merger, giving T-Mobile a chance to reinvent not only itself but the entire wireless industry.

T-Mobile started its journey with AT&T’s $3 billion breakup fee as well as a swath of valuable spectrum and a seven-year roaming agreement. T-Mobile quickly put some of that money into a 2012 purchase of the regional carrier MetroPCS, quickly boosting its LTE network.

But T-Mobile’s biggest move came in 2013, when the company rolled out its first ”Un-carrier” move. It replaced a confusing, math-required mix of plans with a simple and appealing proposition that the other carriers didn’t offer: no service contracts, and no hiding the phone price in a service rate. Instead of a fourth-place option with the same basic proposition as the other three, T-Mobile positioned itself as the company not trying to trap you.

The carrier followed that by dumping other traditional and painful wireless policies. It pioneered free international roaming with low-speed data covered, abolished data overage fees, and folded taxes and fees into advertised rates, among other customer-friendly innovations.

Further, T-Mobile found itself an unlikely pitchman: CEO John Legere, who in an earlier life had been an industry-standard executive at such firms as AT&T, Dell, and Global Crossing. After joining T-Mobile in September 2012, Legere turned himself into the most interesting man in the telecom world, dressing himself in the company’s bright magenta brand colors and constantly mocking his rivals on Twitter and in public appearances.

And as of early 2020, the U.S. government has cleared the way for a dramatic turnabout: once acquisition bait, T-Mobile is on the brink of acquiring Sprint, a move that will upgrade its extensive 5G network and position the company as a fearsome competitor to its former antagonists AT&T and Verizon.

You know a toy company is in trouble when even a Star Wars tie-in can’t entirely turn things around. This was the hole Lego Group had dug for itself in 2004. The legendary firm was in a serious financial crisis after years of flailing about in such separate fields as theme parks, clothes, and computer games.

New CEO Jørgen Vig Knudstorp unloaded those ventures to companies that could actually execute in those areas, including licensing the Legoland theme park. He also pared Lego’s pattern book to eliminate half of the 13,000 distinct Lego parts the company produced, some of which carried individual production costs above the sale price of each Lego set featuring them.

In other words, Lego got back to basic business principles of tracking costs and ensuring that those expenses were covered by customers giving the company money. As company designer Mark Stafford explained in a 2014 Reddit post, “The company reorganized and analyzed all costs, design was finally linked to manufacturing cost and re-focused on the core business of making construction sets.”

But the privately-held Billund, Denmark, firm also had to get back in touch with its enormous fan base and the pop-culture world beyond. The Star Wars tie-in of the late 1990s turned out to be a good start, leading to Lego sets based on Disney movies, the Marvel comic universe, and the Harry Potter series of books and movies. Then the company pulled off a reverse tie-in with 2014’s The Lego Movie, in which talking and singing Lego minifigs became their own pop-culture characters.

By the end of 2018, the results were obvious: an operating profit of 10.8 billion kroner for the year, about $1.6 billion at the time.

In the bargain, Lego built itself some homegrown hits: the Lego Friends series of sets aimed at girls, Lego Architecture recreations of such real-world structures as the Empire State Building, and a lineup of intensely-detailed Lego versions of such space-exploration hardware as the International Space Station and the Saturn V rocket.

The latter, currently sold out at Lego’s site, totals 1,969 pieces – because of course Lego would take the time to ensure they’d add up to the year of the first moon landing. That’s the touch people now expect from this once-doomed company.

Yelp: from search to services

Local listings and review site Yelp has spent its entire corporate life in Google’s cross hairs. First Google tried to buy the local search site, then the Web giant spent years attempting to supplant it, providing the same services and at times directly copying reviews written by Yelp’s own users.

San Francisco-based Yelp responded not only by calling for regulatory help on both sides of the Atlantic, but by reducing its exposure to Google and adding features that broadened its appeal to both users and merchants.

Sometimes the best strategy is to play your bigger competitor against its natural rival. Already an early convert to mobile apps, Yelp moved quickly to ship an iOS app and then secured a prime spot in Apple’s new Maps app in 2012.

Yelp also focused on quality. The company aggressively countered restaurants and bars that tried to game its system by planting fake reviews, years before disinformation campaigns appeared on the radar of other sites hosting user-generated content. Its local listings also now weave in external validations such as health-department scores for food establishments and (for paying advertisers) trade licenses.

Restaurants and bars often resented this enforcement when they felt it hid positive comments. But when the core product at Yelp is its users’ combined, organic insight, quashing fake reviews is essential.

Yelp’s longtime answer to merchants hoping to look better on the service was to sell them ads. But that left Yelp on the same playing field as Google, and advertisers often didn’t appreciate its business proposition anyway, to judge from how many dropped its fixed-term ad contracts the moment they could in 2018.

So Yelp’s latest moves include offering merchants tools that help customers give them their money. Building on systems picked up from acquired companies, Yelp launched reservation and waitlist tools that people use within the app (in turn, taking them away from Google). Those services also cost merchants less than the comparable offerings from competitors such as OpenTable—and they’ve played an increasing role in helping Yelp to end a streak of losses.

For all of its advertising prowess, Google has no equivalent offering in this space. That makes this intersection of search and business services a good place for Yelp to be after years of existential dread. They can type in “Find business success near me” and expect positive results.

Each of these turnarounds has one thing in common

Yelp’s turnaround isn’t on the same scale as Lego’s. Lego didn’t face an opponent as formidable as T-Mobile. T-Mobile had resources that Best Buy didn’t. But all four cases do share one common factor: They all put their attention on creating new and innovative customer experiences – and a bracing amount of management courage along the way.

Avoiding Risk is the Riskiest Strategy

Instacart’s Plan to Win the Battle With Amazon

Business model innovation requires courage, patience, and a new approach. In this issue, we explore how others succeeded at that goal, and share expert advice on responding to market shifts.

Avoiding Risk is the Riskiest Strategy

If you want to create a business primed for innovation, you have to adopt a growth mindset, says Bionic CEO David S. Kidder.

DTX’s Tim Armstrong sees new business models emerging from improved data transparency. When consumers own their data, he argues, the internet can become a safer and more profitable environment for both consumers and brands.

© 2023 Procter & Gamble. All rights reserved. Made by Jetpack