For Sumaira Latif, there is no difference between a shampoo bottle and conditioner bottle. They have the same shape. They weigh about the same. Given she’d prefer to use one before the other when she’s washing her hair, to help tell the difference, she snaps a rubber band around the shampoo bottle as soon as she brings it home.

Latif is not simply fumbling around in a dark shower. She is one of 285 million visually impaired people in the world who regularly find it difficult to interact with everyday products. It’s just one example of the way companies too often leave out the broader $13 trillion market of people with disabilities.

“When something isn’t accessible to you, you don’t get involved,” says Latif, who is the accessibility leader for P&G.

According to the World Health Organization, there are more than one billion people with disabilities, about 15% of the world’s population. Another 3.3 billion people are friends and family who make purchase decisions based on their connection to people with disabilities, bringing the total consumer market to potentially 73%. It was only 31 years ago that the Americans with Disabilities Act was passed to prohibit discrimination, yet despite accessible bathrooms and building entrances, the commercial sector is still woefully behind. People with disabilities report that as much as 80% of their customer experiences are failures, according to the The Return on Disability Group. In the US, a shocking 98% of commercial websites do not fully meet accessibility requirements set forth by the ADA’s and the World Wide Web Consortium’s guidelines, according to an analysis from accessibility software firm accessiBe. And this is not only a problem of missing potential customers, it’s also legally and financially risky. In 2018, more than 2,200 website accessibility lawsuits were filed against companies.

Companies that understand the needs and habits of this market have an economic advantage, according to a survey by PriceWaterhouseCoopers. In Australia alone, retailers that embrace inclusive design can expect to see a $4 billion increase in revenue. According to Nielsen, households with a person with a disability are more loyal to brands than other households. Through dedicated products and inclusive design, companies are increasingly finding ways to capture the upside potential of this consumer market. 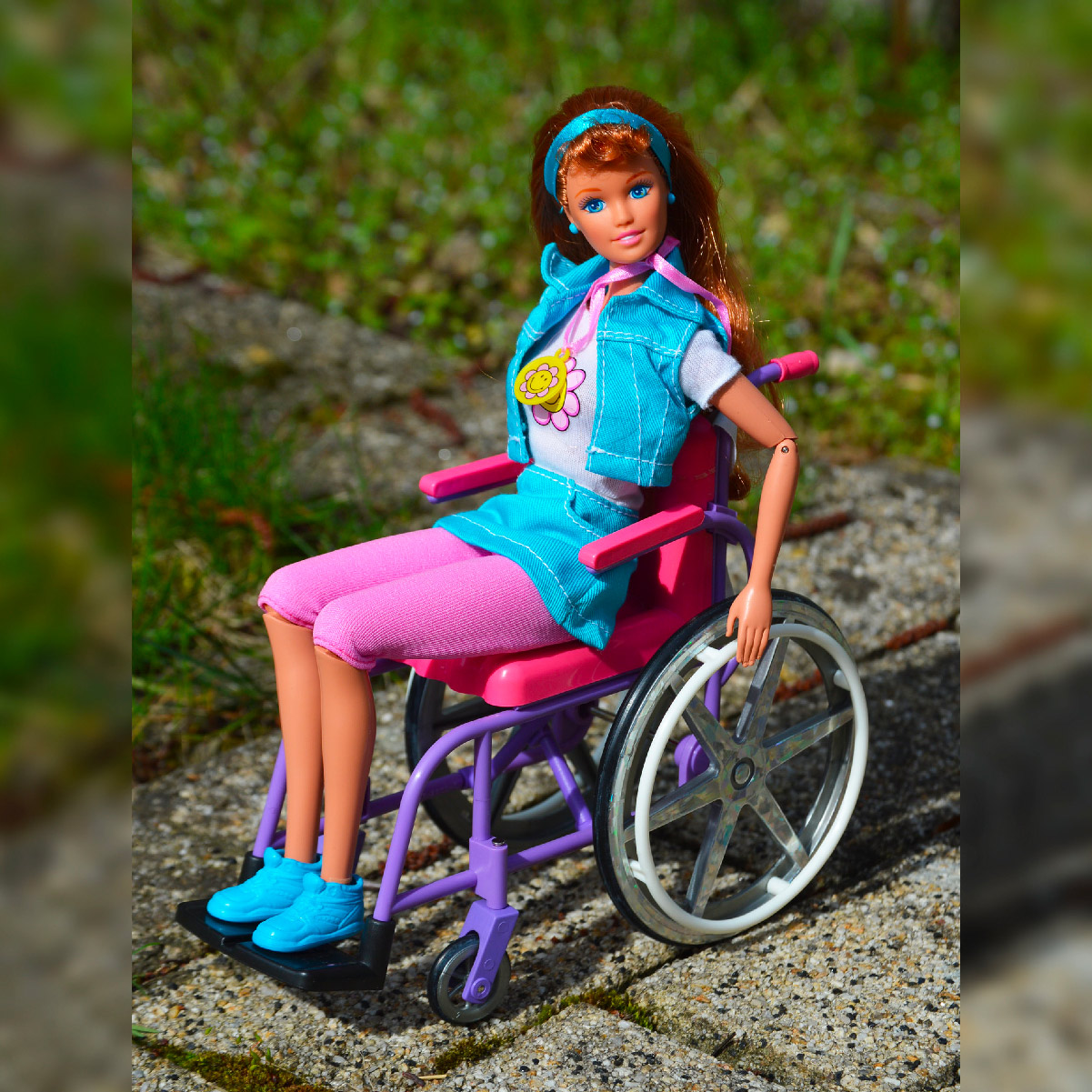 In 1998 Mattel scored points (and sales) with Share-a-Smile Becky (right), Barbie’s companion in a wheelchair. It was initially so successful, Mattel launched a whole line of products for disabled kids and babies. However, the company failed to make Becky’s world accessible, leaving her stuck in her wheelchair outside of the Barbie Dreamhouse with its narrow, non-ADA compliant doors. In 2017, Becky was discontinued.

But other products for people with disabilities don’t inherently require changing the environment, such as “adaptive fashion.” Such apparel, made easier to don and secure, is estimated to be a $64.3 billion market, according to Coresight Research. Companies like Target and Land’s End are in the game, while adaptive fashion is increasingly being embraced by higher-end designers. Tommy Hilfiger’s Tommy Adaptive has dominated the space since launching in 2016, and Christian Siriano and Marc Jacobs are also beginning to develop inclusive fashion. Even so, Hilfiger’s stores remain minimally ADA-compliant, meaning most adaptive sales are done online, where sales have been strong. The company reported that these customers spend nearly five times as much as the average customer. And it has expanded the total addressable market, as 75 percent of these customers are entirely new to the brand.

The rise of inclusive design 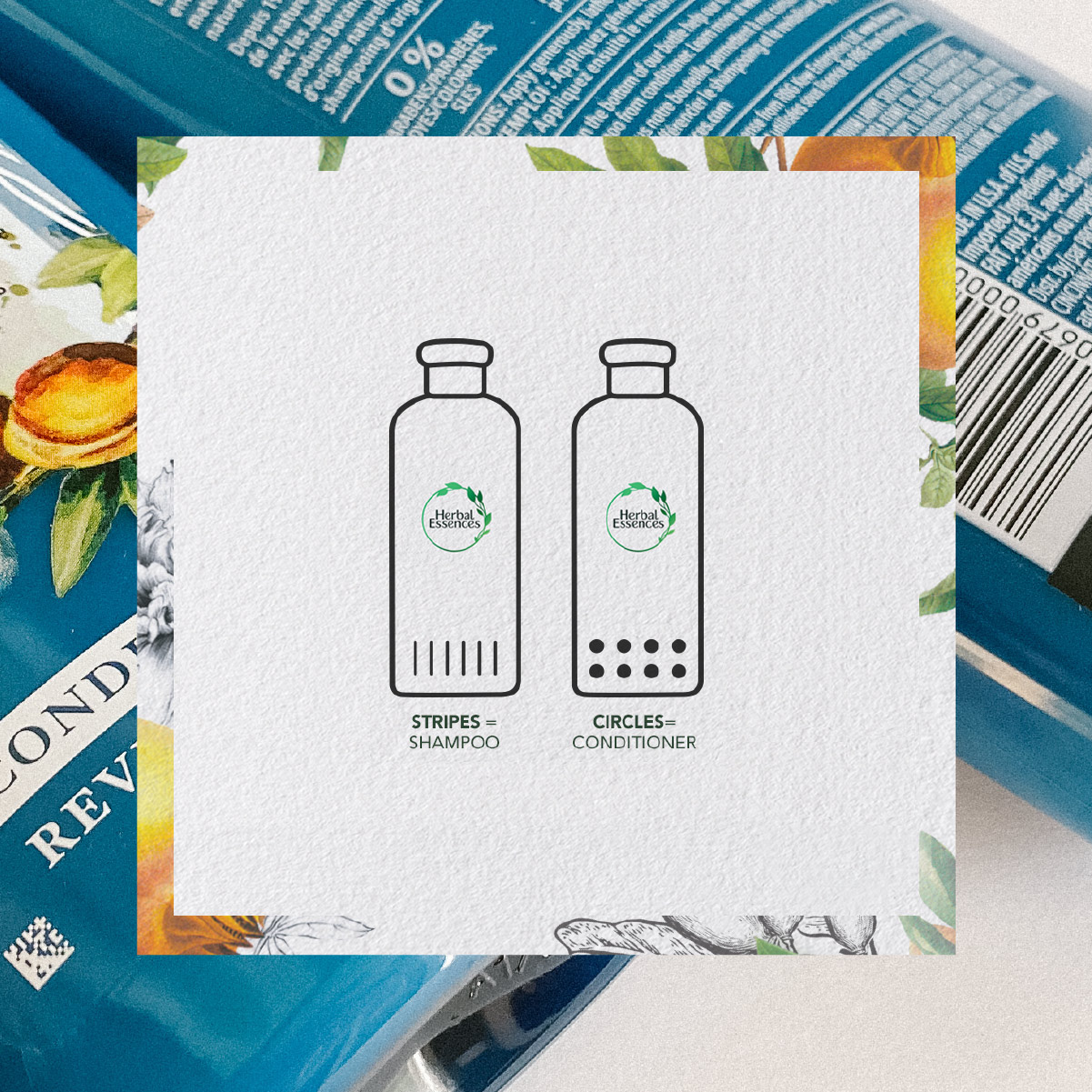 Latif and others argue that successful inclusion means accessibility baked into products used by the general population — the same shampoo and conditioner bottles, for example, just designed with people with disabilities in mind. At P&G, Latif has led an effort to create a “tactile language” to be integrated into packaging and product design: raised stripes on shampoo bottles, circles on conditioner. Herbal Essences began rolling out this new standard on all of its shampoo and conditioner products last year.

This inclusive design has been embraced by Apple, Microsoft, Starbucks, Virgin Media, Omnicom, among others who are making this approach standard practice. Apple’s executives have called accessibility a “basic human right” and the company has received accolades for designing features that make iPhones usable for people with low vision, hearing loss, dyslexia, motor impairments and other disabilities.

Appealing to this market pays, something the Return on Disability Group tallies according to employment efforts as well as the way a business caters to this consumer market. In the past, the group has provided an index for investors of companies outperforming in this space, to help them meet environmental, social and corporate governance goals. Still, there are areas for improvement. For one, marketing has work to do in the way people with disabilities are represented; according to a survey by iProspect, just 15% of marketers said people with disabilities had been portrayed positively.

What’s clear is there is a business building opportunity in the people with disabilities market. With inclusive design, companies have a path to reaching them.

From messaging to talent, historically marginalized communities remain dramatically underrepresented. At P&G, partnerships and marketing insights aim to change that.

An author and scholar reveals the root of systemic beliefs, and the forces necessary to change them.

The social platform has always provided a space for diverse communities. Never more than in the last year.