As a member of Gen Z, which includes those of us born between 1997 and 2012, I’m tired of brands thinking we’re similar to the generation before us, Millennials. The polished-influencer trend that gave us Kim Kardashian may have worked for older people, but we want to look to peers who are authentic and real. We don’t want Kim or Kylie or Kendall; give us unvarnished Rachael.

Ignore our tastes at your own peril. As the world’s largest generation, our 2.5 billion members already earn more than $7 trillion, and by 2025 that figure will reach $17 trillion, according to a report by Bank of America. McKinsey estimates we have more than $150 billion in spending power. We can be fickle — more than half of us like to shop around and try new things, but a little more than a third of us are brand loyal.

So what do we like? Above all: authenticity. Not the fake, forced kind, but the real kind of authenticity, which makes it tricky for brands, which, by definition, must cook up a strategy. Here are some ways to think about getting it right — and how some have royally messed it up.

Get real by blending in

Brands are constantly posting on social media with the goal of connecting with Gen Z consumers. And while it may seem surprising, we’re more than okay with it. In fact, social media is our favorite tool for researching and interacting with brands and 80% of us follow or interact with brands online. What’s more, 72% of us who engage with brands are more likely to buy a product. This means brands have a massive opportunity for virality — if they post the right stuff. If not, they might end up on r/fellowkids, a subreddit dedicated to embarrassing failures at marketing to Gen Z, such as when Canadian brand Kraft Dinner weighed in on Facebook’s name change with a snarky comment: “Meta is not even a day old and it’s already cringey,” wrote the subredditer.

One brand that has consistently had success with Gen Z on TikTok — the app that over half of Gen Zers are on and where Gen Z makes up 60% of its users — is Chipotle. Among a number of successful campaigns, the brand’s most notable was its #GuacDance challenge on TikTok in which it encouraged teens to dance to Dr. Jean’s The Guacamole Song to get Gen Zers excited for its free guacamole on upcoming National Avocado Day. The company kicked off the challenge with Gen Z influencers Brent Rivera and Loren Gray, and in its six day run received 250,000 video submissions and 430 million views. This success translated to real-life success, with the chain enjoying its biggest National Avocado Day in its history as avocado usage jumped 68% with 800,000 sides served.

Get real with “micro” impact

It comes back to authenticity. Imagine you’re a Gen Zer looking for a product to help you get rid of acne. Are you more likely to trust a mega-celebrity, polished influencer like Kendall Jenner, or Rachael, a smaller skincare influencer who seems like a regular person? If you’re like most Gen Zers, you’re likely to choose the latter.

Smaller, more niche influencers with around 10,000 to 50,000 followers feel like our friends. They still respond to comments from their followers, and they’re not polished like celebrities.

Get real by having real purpose

So if a company wants Gen Z’s dollars, they must actively do good for the world. Don’t just publish statements saying you care about solving these problems. We expect you to put time, money and other resources behind a purpose, and support it for the long run.

A striking example of how Gen Z rewards real, long-lasting brand purpose and rejects fake brand purpose was after George Floyd’s murder in May 2020. Both Ben & Jerry’s and the NFL put out statements on Twitter condemning Floyd’s murder and promoting positive action being taken. Ben & Jerry’s post went viral, while the NFL’s was “ratioed” — meaning a post gets more quote tweets than likes or retweets, a hallmark of failure as users take the time to disagree with it instead of retweeting to show their agreement.

Because of the company’s years of support, Gen Zers know that Ben & Jerry’s purpose is real, while the NFL’s response to Colin Kaepernick belied its true perspective. Gen Zers and others responded to its tweet with photos of Kaepernick kneeling, calling out the NFL for its hypocrisy.

The bottom line: Gen Z wants brands to speak our language, market to us as equals and have true brand purpose. In short, in our increasingly virtual world, be authentically human. 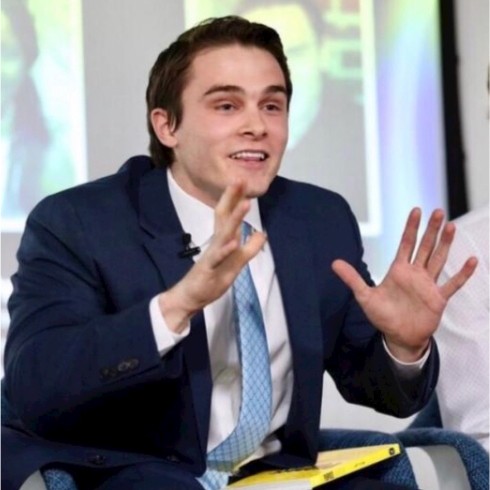 Michael Pankowski is a senior at Harvard and head of Crimson Connection, a Gen Z marketing consulting firm. He’s a nationwide speaker on marketing to Gen Z and co-author of Engaging Gen Z: Lessons To Effectively Engage Generation Z Via Marketing, Social Media, Retail, Work & School. He’s been published in Ad Age and PR Week and featured in Forbes, Money.com, Business Insider, and more. You can find him on email or LinkedIn.

What’s the Metaverse and Why Does It Matter?

It’s well-known that Gen Z embraces tech tools and platforms, but where they go and what they do can seem to be a mystery. Here’s what you need to know.

How Gen Z is Creating the Future

In a recent workshop, P&G’s Gen Z experts shared key insights on the spending habits, interests and other defining trends of this important consumer group.