Winning in Gaming and E-sports 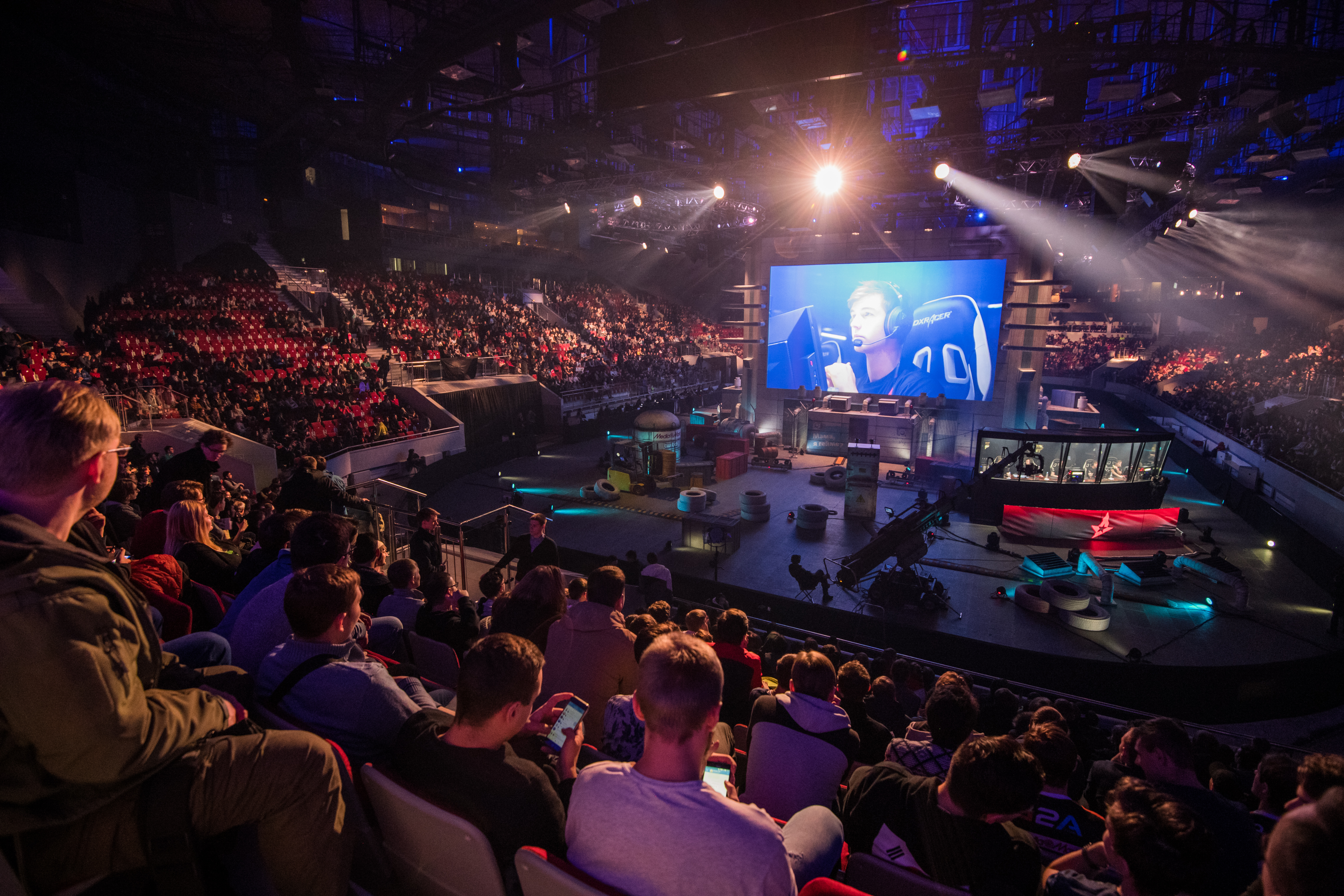 With the decline of the major broadcast networks, the balkanization of the cable channel landscape, and the growing legions of cord-cutting consumers, many brands are finding it increasingly difficult to reach their target markets — in particular, the elusive 18-to-34 consumer. It is little wonder, then, that many organizations are exploring gaming as a channel for advertising and sponsorship.

“Exploring” is a word chosen for good reason. Creating a marketing strategy in gaming is somewhat akin to setting out to “explore Asia.” It’s an enormous territory that comprises many different platforms,cultures, and demographics. For many “n00bs” — gamespeak for a “newbie” or an inexperienced player — the first and biggest marketing mistake is to treat gaming as a homogenous whole.

“Gamification is localization” for young consumers. You need to understand the culture and language of each community that you target.– Professor Glenn Platt, Miami University

You can slice this new continent in a number of useful ways. For example, you can look at the different segments based on how the individual interacts with others during game play: individual games, multiplayer games, and e-sports spectator events. On the other hand, you can divide the gaming ecosystem in terms of hardware platforms and source: games stored on a mobile device (smartphone or tablet); games stored on a desktop device (personal computer or gaming console); and games streamed from an online source.

Of course, you can also break it up into traditional demographic segments such as age cohorts and gender. But you risk uncovering some rude surprises if you take this tack.

For example, conventional wisdom is that video games are a young person’s activity. In gaming, however, conventional wisdom can lead you astray. According to research by AARP, nearly half of all seniors age 50 and older – 50.6 million people – play video games at least once a month. Average usage in this cohort is five hours per week. And in case you think it’s a male activity, more women over age 50 play video games than do men. (For more statistics, see By the numbers: Advertising opportunities in Gaming and e-Sports.)

Perhaps the most useful way to look at the video gaming ecosystem is to consider its marketing opportunities for brands. Professor Glenn Platt, JukeStrat founder and professor of marketing at Miami University, breaks it down to ads in games, sponsorship in e-sports, and gamification of products.

Even so, these categories are large and contain multitudes. Young people play different games than do older players; plus each type of game has its own culture and social behaviors. The person who prefers individual puzzle and logic games probably has different expectations and tastes than someone who plays multi-player combat games. And those who play rhythm games such as Dance Dance Revolution or Guitar Hero have a separate culture of their own.

Some brands choose to hire a guide for these foreign lands, typically a younger employee who has extensive gaming or social media experience. These efforts typically fail, says Platt, because the individual lacks the business and marketing experience required to create and manage a successful campaign.

Gaming environments can change drastically overnight. Consider the impact on social search ranking when Google changes its search algorithms. Entire marketing strategies can be made obsolete in an instant. Video games can have incredibly short life cycles. They enjoy viral popularity, only to disappear in a year or two. It is rare to have a video game equivalent of a hit TV series, such as the 16 seasons (and counting) for Grey’s Anatomy.

In order to have a successful campaign, you need skilled and knowledgeable staff that has the required combination of skills. Or you can hire what you need by engaging with a marketing firm that specializes in these markets, according to Zorine Te, marketing director for Player 2 Studios. In either case, you must monitor and maintain the campaign on a daily basis to be ready to react to changes in that segment. You must be innovating constantly to keep the marketing efforts fresh and effective.

No matter which segment you target, “authenticity is key,” according to Te. As Platt points out, “gamification is localization” for young consumers. You need to understand the culture and language of each community that you target.

An ad by any name

Once you identify your target market and the platform where you will find them, you still have a lot of choices about your ads. Although you can use banner ads and pre-roll content on many games in a manner similar to traditional online advertising, these are not the only choices.

One example is display ads that appear as billboards in the game’s scenery. And brands can use product placement in games to put their products in front of targeted consumers, just as with television shows and movies. But it’s wise to think beyond these traditional choices, as many games offer unique advertising opportunities. For example, some games allow players to accumulate points or other virtual currencies that can be traded for items of value within the game. These upgrades can take the form of new weapons in combat games, or costume enhancements for game characters. Nike has put costumes and Air Jordan shoes available for sale within Fortnite, for example, and Louis Vuitton offers character skins in League of Legends.

It should be noted that neither of those brands are what might be considered endemic to the video gaming ecosystem. Advertising in games goes far beyond the headphones, keyboards, and other technical equipment that you might expect to appeal to these audiences. For example, the fast-food chain Wendy’s had huge success with its “Keeping Fortnite Fresh” campaign that included a digital avatar that resembled the company mascot (but with a more intense attitude). This virtual Wendy went around smashing freezers inside the game’s (non-Wendy’s) fast food restaurants. (One of Wendy’s selling points is that it only uses fresh beef for its hamburgers, not frozen.) According to Manny Anekal, an e-sports consultant for brands and traditional sports, more than 100 non-endemic brands were active in marketing within e-sports in 2019.

A core concept of e-sports is participation through watching. Think “traditional professional sports” but in a virtual space. Unlike some pro sports such as football or ice hockey, the majority of e-sports spectators also play the game. According to NewZoo, 53% of the viewers for League of Legends esports also play the game themselves. In this regard, e-sports may be more similar to basketball or golf where viewers play or participate in the sport, or did so in the past.

Like professional sports, e-sports have different leagues for different games. These leagues started off as independent ventures, but now the biggest ones are owned and operated by the same companies that publish the game. Teams have competed in temporary installations in traditional arenas and similar venues, but now dedicated e-sports arenas are being built. And instead of pulling teams together from all over, some leagues are moving to location-based teams that are assigned to specific cities in the U.S. and around the globe.

These leagues are high-ticket enterprises. As with traditional professional sports, there are many opportunities for brands, ranging from logos in venues and on screens to team merchandise. According to Aneka, the ten teams in the Call of Duty league command a $30 million licensing fee just to own a team in the league. Companies ranging from Rocket Mortgage to the Dallas Cowboys have made major investments in e-sports teams.

But e-sports teams and leagues are the tip of the iceberg for spectator e-sports. In addition to the competition events, thousands of hours of live streaming content are offered up every day on streaming video platforms such as Twitch and YouTube. Skilled players build up enormous followings, and their fans log on to watch their heros play their favorite video games.

These players can earn astounding amounts of money. They are paid by the streaming service — a small percentage of the revenues produced by their videos — and when you have 3 million followers, that adds up to a lot of money. These powerful influencers can deliver their audience to sponsors through ads, product placements, and integrated marketing, where they simply discuss their brand partnerships while they play. As a result, some of the top players can earn $10,000 to $15,000 per hour of streaming game play, according to research by The Hollywood Reporter. One top player, Tyler “Ninja” Blevins claims that he made $10 million in 2018 by streaming his Fortnite play on Twitch.

The e-sports industry is growing rapidly. Colleges are now hosting their own teams for competition and using scholarships to recruit prospects with potential. NewZoo forecasts that the global audience for e-sports will reach 495 million this year, up one million from just two years ago.

As Anekal suggests, “Your competition is probably already involved in e-sports marketing,” so now is time for brands to look at the opportunities – if they have not done so already.

It’s all in the game

One of the biggest take-aways from the gaming ecosystem is the role of gaming in all of our lives. As Platt points out, gamification is being applied to almost every aspect of our daily tasks. From the fitness tracker that scores your physical activity to the grocery store that gives you bonus points for what you buy, brands are tapping into our innate tendency to compete… even if it is only against ourselves.

Gamification is now a part of healthcare to engage patients with physical therapy or improve adherence to medications. Ask any airline traveler about mileage points and the rewards for reaching different levels. Or look at your car’s dashboard; do you pay attention to the miles per gallon readout and find yourself doing whatever you can to get that number to creep up one more digit? That’s all gamification.

Video gaming in all its many forms can be an excellent way to reach the audiences you seek. But the same factors that make video games so compelling should also be considered in other aspects of your marketing – helping you develop the skills that capture your audience’s attention and keeps them loyal and engaged with your brand.

« Toward a More Responsible Future for Advertising