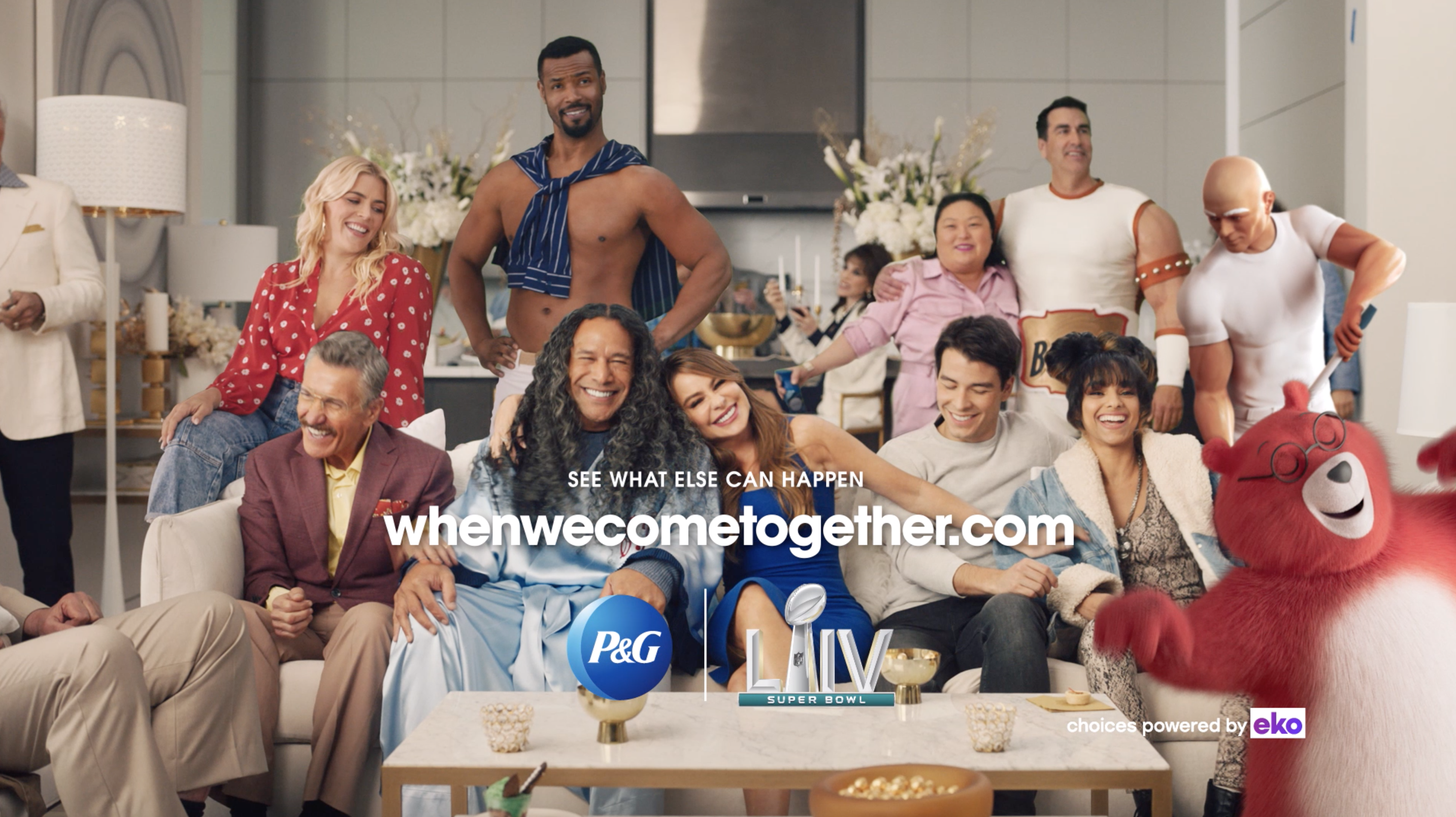 Great ideas can come from anywhere. When P&G’s Pete Carter, saw Yoni Bloch’s presentation on the Signal stage last year, he immediately knew he had a great idea to take to the Super Bowl.

Bloch was one of the most entertaining and memorable speakers on the Signal 2019 stage. (See his presentation here.) Bloch, an accomplished Israeli musician, computer nerd, and entrepreneur, saw his music career take off in 2011 – with a twist. Unhappy with ordinary music videos, for his breakout song, Pretend to be Happy, Bloch created an interactive video inviting viewers to make choices about how the music video would unfold.While the song was quite catchy, it was his interactive storytelling approach and technology that got most of the attention. Ultimately, that approach led Bloch to start his company Eko, which brought him to Signal 2019.

Carter, P&G Brand Director, was one of over 800 Signal participants who listened to Bloch’s presentation. Carter was fascinated by Bloch’s new approach to storytelling. As an accomplished advertising creative and storyteller himself, he wondered how this approach could be used to create more engaging TV ads. Even better, Carter wondered: Could Bloch’s platform be tailored toward the biggest advertising event in the world?

The Super Bowl is not only the most-watched U.S. sports event, hosting the American football playoffs, but also has become a championship of sorts for advertisers. With an audience of over 100 million people, it’s not possible to get a bigger audience. Could Eko’s interactive storytelling translate to the largest advertising stage in the world? It certainly was appealing.

A few weeks after the Signal event, Carter and his creative partners at Grey Midwest made a first pitch to Marc Pritchard, P&G’s Chief Brand Officer. The suggestion immediately captured Pritchard’s attention. But then the hard work started.

The road to the first interactive Super Bowl ad was not an automatic touchdown. The technology had never been tested on this scale before. And bringing together seven brands (Bounty, Charmin, Old Spice, Olay, Head & Shoulders, Mr. Clean, and Febreze) in a format and story that would make sense and build equity for each was a tall ask for even the most creative of creative teams. In the end, it was the idea of creating an interactive experience – and subsequent 60-second ad – that centered on a Super Bowl party that won out.

Somehow, says Carter, it all worked out. Everyone across the extended P&G family pulled together – including Media, Purchasing, Sports Marketing, Brand Ops, IT, Communications, and numerous partners outside P&G.

In the days leading up to the football game, viewers were pointed to an online interactive site, where they watched a longer form of the ad and encountered six different prompts to help create their favorite version. For example, did the viewer prefer to see “a pool boy” or “action hero” help save the day when an epic spill threatens to ruin the Super Bowl party scene? The 60-second version of the story selected most often, viewers were told, would then be aired on TV. The site was live for days; viewers could submit their favorite versions until minutes before the ad was scheduled to air in the 4th quarter of what turned out to be a suspenseful game (thankfully). The team worked side by side with the broadcast team at FOX to get the final copy ready to air.

And the results? That was the best part. The ad received 85% positive sentiment, one of the highest of all ads on the Super Bowl. Bounty was the most-searched brand during Super Bowl, according to Google. Over 180,000 people participated in creating the ad in just 72 hours before the Superbowl, and almost as many people tried it out the day after the game. People who participated in creating the video spent, on average, over 2.5 minutes going through many of the options. That’s great engagement given few people can sit through a 30-second commercial without switching channels or heading to the fridge for another beverage.

Ultimately, the story of the first ever interactive Super Bowl ad was one of courage and teamwork. “When We Come Together” wasn’t just the ad title; it also embodied the spirit of this remarkable project. For Carter, it was personal. “It took a lot of courageous people to take a chance. They trusted me to pull this off,” he says. “I couldn’t let them down.”

Reinventing brand building is much more than a great idea. It is the hard work by courageous people to do something that has never been done before. The ultimate result sets the bar for how interactive storytelling will make the future of advertising more interesting and entertaining. Oh – and congratulations to the Kansas City Chiefs for winning an exciting game!

The Impact of Imagery

A World Without Ads (as we know them)

This month’s issue explores the Future of Advertising. Brands have to provide more useful and interesting engagements with their consumers. Marketers must first learn how to bring value to an emerging community before flooding it with ad experiences that will be ignored – or worse.

Winning in Gaming and E-sports

With the decline of the major broadcast networks, the balkanization of the cable channel landscape, and the growing legions of cord-cutting consumers, many brands are finding it increasingly difficult to reach their target markets — in particular, the elusive 18-to-34 consumer. It is little wonder, then, that many organizations are exploring gaming as a channel for advertising and sponsorship.

Toward a More Responsible Future for Advertising

The world’s most important players in advertising have peered into the future – and decided to change what they see there.